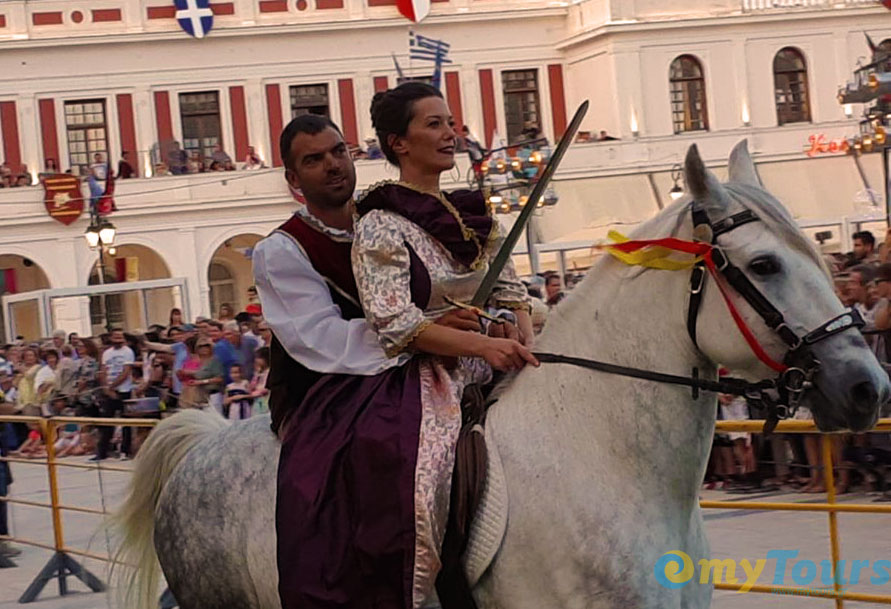 With Giostra coming up on 14th of June, we thought we might share some information on this Zakynthian tradition…

Giostra is a kind of joust festively performed after the way it used to happen in previous centuries. Coat of arms, banners, flags, hand held carriages, horses, musicians, knights and nobles arrive through a parade at the Solomos square, where the competition between the knights is held. All are dressed in medieval costumes carefully designed after the clothes noble people wore in the 16th century Zakynthos. First, there is the “preparation” state, when the knights (the participants) register, are announced and take an oath to obey the rules. Then the competition begins, on which the knights have to collect some small rings hanging from a specially designed wooden post and show them before the judges. The winner wins a price and leaves with the lady for whom he took part in the competition.

The celebration in June

This year Giostra will start on the 14th of June and last for three days ending on Sunday 16th and consisting of different sequential events, bringing you back to medieval ages!  As it has been expanded to three days, more than the above-mentioned events will take place, some interesting of which is fire entertainment and medieval dances. Some years ago Giostra would take place as part of the Carnival celebrations, so if you’ve visited Zakynthos sometime in the past, this is something new you shouldn’t miss!

The event some years ago

In previous years Giostra took place on the last Saturday of Carnival. A parade would start from St. Paul’s Square and end at Solomos Square where the competition between the knights would take place, as mentioned above.

The first recorded jousts took place in the 16th and 17th century. There were two kinds of competitions: on one the knights had to collect small rings hanging from a specially designed wooden post, on the other the knight had to cut with his spear a feather from the head of a human silhouette painted in dark color. Because of the dark color, this second version was called “Saracen Giostra”, because Saracens were called people from the middle East and thus also the pirates that often attacked the island. The win was being celebrated for days at the winner’s property and his name was being printed on an honorable book.

Only nobles- the ones registered in the “Libro D’oro”(Golden Book) – would participate in Giostra. However, unlike all other celebrations, this one was open to the common people. So they could watch and bet, as well!

It first took place around the area of Agigkos in Bochali, due to the first town being there as a means of protection against the pirates. Later, when the capital of the town became Aigialo, Giostra was held along the main road of Rougas Square (today known as Alexandrou Roma). The day of the event was the Thursday Carnival time (Pempti Tirofagou).

Except for the Carnival season, Giostras must have been taking place also in special occasions like noble weddings or military victories against enemies. At some point this joust tradition declined and was revived again in recent years…

Travelers mentioned Giostra in their scripts, but important information about it is unfortunately still missing.

All you want is Greece 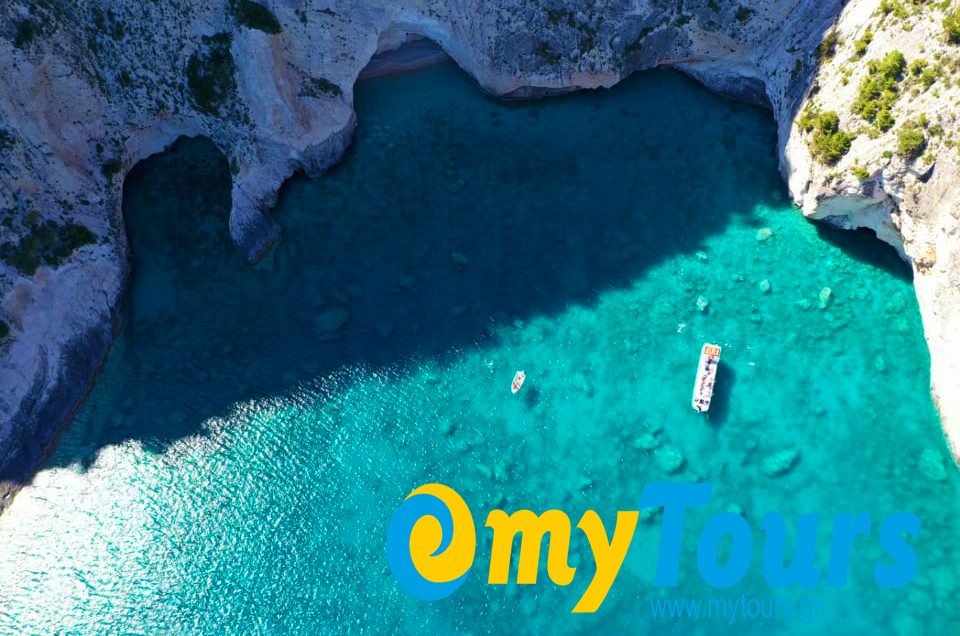 Update on travelling to Greece for summer season 2020

Why Greece is the best choice for your holidays in 2020

You can find out more about which cookies we are using or switch them off in settings.

This website uses cookies so that we can provide you with the best user experience possible. Cookie information is stored in your browser and performs functions such as recognising you when you return to our website and helping our team to understand which sections of the website you find most interesting and useful.

Strictly Necessary Cookie should be enabled at all times so that we can save your preferences for cookie settings.

If you disable this cookie, we will not be able to save your preferences. This means that every time you visit this website you will need to enable or disable cookies again.